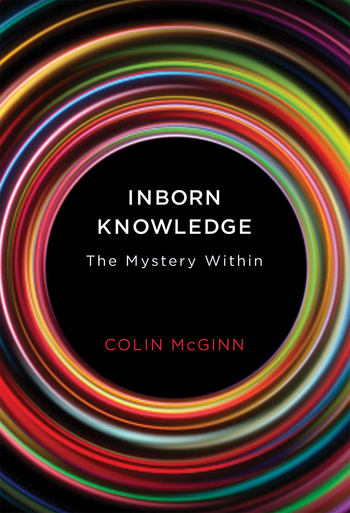 Colin McGinn’s Inborn Knowledge: The Mystery Within is an excellent monograph concerning the merits of rationalism in area of philosophy of mind, particularly concerning whether the mind is either a blank slate, or if it has innate ideas. Clocking in, so-to-speak, at around a mere one-hundred pages, one could easily be deceived into thinking that McGinn’s book probably does not offer many new insights or clarity for those predisposed towards rationalism, rather than empiricism. Yet such an assumption could not be any further from the truth. McGinn divides his book into four chapters, offering an extremely quick overview of the traditional debate between empiricists and rationalists, an analysis of the problems with empiricism, a positive case for nativism (rationalism), and some quick thoughts on the broader implications of nativism, if true. Despite his convincing argumentation, however, McGinn’s brevity imposes an obscurity on some of his finer points, especially those against empiricism.

While the reader will not find much hard data or scientific studies to support the thesis of nativism, they will discover compelling logical arguments. To begin, McGinn divides empiricism into two camps: the external empiricists and the internal empiricists. The external empiricists are those who believe that ideas derive from external objects themselves, while the internal empiricists are those who hold that ideas derives not from the external objects, but rather from subjective impressions. To refute the former, McGinn runs a thought experiment where an individual hallucinates an experience of new colors or shades of colors which they have never seen before (imagine taking acid or LSD). McGinn argues that the very fact that someone could hallucinate a color in the absence of an actual external object proves that the external objects could not possibly provide by its intrinsic nature the idea to the human brain of that said color or color shade. Therefore, external empiricism must be false. But McGinn also asserts that this thought experiment disproves internal empiricism as well, and it is here that McGinn’s penchant for brevity hinders him. Does not the hallucinatory impression imprint the idea of the color or color shade onto the brain? Why does McGinn rule this possibility out? Crucial to this argument is McGinn’s distinction between impression and stimulus. Unfortunately this distinction is only briefly mentioned during the thought experiment, and only clarified (and emphasized) much later in the book. External objects are properly called stimuli. Meanwhile, the experience that these external objects elicit are properly called impressions. In the circumstances of a hallucination, there are no stimuli, only impressions. These impressions are necessarily produced within the internal structure of the brain. Therefore, the brain must be using its innate structure and ideas to form the impression of these never-experience-before colors or color shades.

Other interesting notions that McGinn proposes is the distinction between two types of innate knowledge. “Unlearned knowledge” and “learned knowledge.” For the former, McGinn proposes that mathematical concepts are innate, but can remain dormant. It is only over time within specific contexts that this “unlearned knowledge” becomes “learned knowledge.” McGinn also references this latter category as “acquired knowledge” which he says is equivalent to Bertrand Russell’s idea of “knowledge by acquaintance.” Towards the end of his book, he makes room for one more category called “creativity” in which he entertains the idea that the mind is capable of generating ideas that did not exist prior. McGinn believes creativity to be quite mysterious, but he is adamant that creativity cannot account for the origin of simple ideas, because the base brain or “blank slate” would simply be too impoverished to exercise this creative faculty to do anything. Therefore, he concludes that creativity can only be accounted for in the formation of complex ideas, although he refrains from going into too many details on how exactly this framework might work.

The creativity category brings up a few slight criticisms. In one of his endnotes, McGinn seems to contradict his thought experiment regarding the missing shade of a color. He asks whether an individual can experience a shade of blue that they have never experienced before AND if the “innate stock of impressions does not include the missing shade.” He continues, “So it appears possible for the mind to generate an impression type of a quality that has been neither observed in external objects nor anticipated by the innate perceptual categories. As I say: puzzling” (pg. 68; fn. 18). Indeed it is puzzling, and it threatens to blur the border between creativity and innate ideas once again. The question can rightly be asked, could not this missing shade which is neither acquired nor innate qualify as a simple idea? Again, later in the book McGinn excludes such a possibility for some compelling reasons, but then why present a scenario where this could be the case? I am not entirely certain why x-shade of blue is necessarily a complex idea. Would it not be just as sensible to argue that the generic category of blue is the more complex one derived from the similarities between the countless shades? Perhaps this quibble is due only to my own ignorance as an amateur and layman, nevertheless, I find the obscurity frustrating. One final criticism is that there could be more evidence in terms of scientific studies for his arguments. I do not think that there is anything particularly wrong with McGinn excluding much of the evidence of the sort, but I think it would have behooved many of his thought experiments if he had done so.

Inborn Knowledge is a fascinating, quick, and dense read on the philosophy of mind from a rationalist perspective. McGinn succinctly lists a number of serious arguments, new and old, against empiricism, while outlining some areas for further study, such as the faculty of creativity. Yet, there are a number of arguments prone to confusion, sometimes never being clarified.  In any case, it is a book well worth reading.

I just do my thing.
View all posts by Alura →
This entry was posted in Culture and Philosophy and tagged Colin McGinn, empiricism, nativism, philosophy, philosophy of mind, rationalism. Bookmark the permalink.