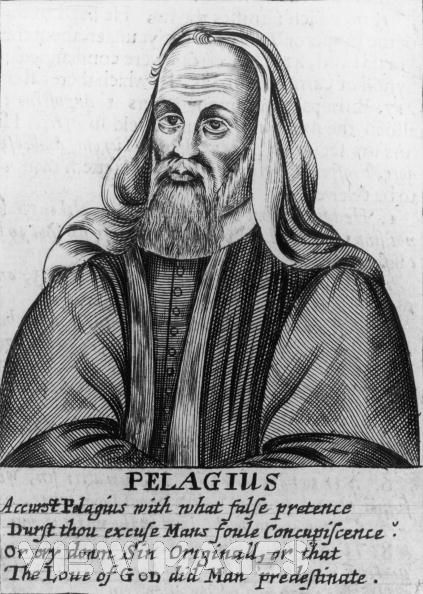 Issues regarding free will, consciousness, autonomy, and human nature have always fascinated me, both from the philosophical perspective and the theological perspective. One of the most interesting subjects within Christian theology has always been the subject of human free will and the grace of God in their roles in human salvation. The first big battle or debate regarding this complex subject occurred during the fourth and fifth centuries AD between Augustine of Hippo and Pelagius. Anyone formally acquainted with basic Christian history knows all too well that Pelagius lost the argument and has long since been considered a heretic. This legacy is mostly written by Augustine himself, as he characterized the teachings of Pelagius, and possibly some of Pelagius’ successors in the Pelagianist camp.

However, what would our picture of Pelagius look like if rather than reading Augustine’s work and taking his word for it, we simply examined the work of Pelagius himself? History has long not been kind to such endeavors since much of his work has been lost. Yet beginning in 1922 A. Souter began a long-term project of reconstructing Pelagius’ commentaries on the thirteen Pauline epistles from his remaining works, quotations from Augustine, and working with the interpolated Commentary on the Pauline Epistles written by pseudo-Jerome. The project took a number of years, but was finally completed in three volumes in 1931. Since then there have been a large number of analyses of Pelagius’ theology.

Currently, I am in the throes of reading one of the earliest studies of Pelagius since; written in 1957 by Torgny Bohlin titled Die Theologie des Pelagius und ihre Genesis. Bohlin frames his analysis in the following ways: 1.) to avoid the polemic of Augustine; 2.) to take Pelagius on his own terms and to not discuss the work of other Pelagians such as Caelestius; 3.) to understand the historical context of Pelagius and his debates with both the Arians and the Manichees. Bohlin also breaks down Pelagius’ understanding of grace into three categories: die Schöpfungsgnade (creation grace), die Offenbarungsgnade (revealed grace), and die Vergebungsgnade (pardoning grace). Each of these categories he divides into roughly two parts: A and B. It is my purpose here to examine these three categories of Pelagius’ theology of grace and to prod them with Orthodox questions.  This first part will only be concerned with die Schöpfungsgnade (creation grace).

It is important to note that Pelagius did not develop his theology during his encounter with Augustine, but rather developed it many years beforehand. He developed is theology on grace in direct response to two early Christian heresies: Arianism and Manichaeism.

The basic Arian position was that because the Son was the right hand of the Father, he was thereby subordinate to the Father and was created. Pelagius sought to correct this understanding of the Arians by emphasizing the salvific role of Christ. He asserted that Christ was the Word and the Word was there since the beginning (see Genesis and the Gospel of John). Therefore, Christ was not created by the Father. Additionally, Christ is lord according to 1 Corinthians 1:9 as well as having one operation (una operatio) with the Father.

The basic Manichean position was dualistic in that material matter was inherently evil and that spiritual matter was inherently good. Therefore, there were two gods so-to-speak. The god that created material matter was evil, whereas the god that created spiritual matter was good. Essentially, the Manicheans boiled the values of good and evil to material substance or substance dualism. The additional argument on their part was that Christ was therefore not a man, because that would make him evil and therefore not the good god. Pelagius, however, rejected the Manichean arguments on the basis that the evaluations of good and evil do not lie in the substances, but rather that they lie in the will. In other words, substance or matter are morally neutral. What determines good and evil are wills.

As mentioned before, Pelagius held that matter or substance was inherently neutral in moral accountability. Therefore, the nature of mankind was not evil or good in anyway in terms of either salvation or damnation. Additionally, Pelagius held that since God’s nature was divine and good, so too was mankind’s nature good. Pelagius makes this connection primarily due to the fact that God thinks and is naturally good. Man too thinks and is able to make choices. These are attributes that God is observed having as well. Pelagius connects this to the fact that man was made in the image of God (Genesis 1:26) and therefore has a number of similarities in nature to him.

The question then becomes, did Pelagius believe that mankind was fallen? It is difficult to say. Pelagius did admit that although our nature was not blemished we were befallen to the service of sin (wir selbst begeben unsere Leiber in den Dienst der Sünde). So implicitly, Pelagius viewed that there is a need and role for grace in salvation. What is more important is that Pelagius viewed this power to will (posse) as not only part of human nature but also as a form of grace itself, that is given by God at the moment of creation (Schöpfungsakt). Bohlin labels this aspect of creation grace as Part A. Part B for creation grace is slightly more complex. Pelagius understands Part B as the aspect of God continually giving us aid with the help of his grace in order to give us real possibilities to will and act.

As can be clearly seen, Pelagius saw human free will as an inherent part of human nature that people still posses naturally to this day. He did not believe that it was stripped during the Fall and thereby leaving mankind totally depraved. Additionally, the power to will itself is part of the nature of God and thus reflects man being made in the image of God. So in this particular sense, free will is both part of human nature and a form of grace. Nevertheless, because man has suffered the Fall, mankind has given itself over to the service of sin. This same creation grace from God therefore acts as a continual form of guidance from God to give us power to make moral choices. So far as is seen now, Pelagius’ teachings are far less sinister than Augustine had made them out to be.

The one remaining question therefore is whether or not Pelagius ever felt that this grace would be stripped from the damned in the afterlife? Pelagius does not seem to have answered this question, but it seems to me at least that Pelagius would not have believed that this grace ever left anyone, even the most heinous sinners. Implicit in this position would be that Pelagius would have not agreed with the idea of Hell being a place in total separation from God. Such a view would have been totally antithetical to his theology on grace.

2 Responses to Pelagius Explored: On His Own Terms Part One